One of the goals on my 101 Things in 1001 Days project (2 goals complete and another 5 in progress so far!) is to start a blog dedicated to reviews. Unfortunately, at the moment I’m hardly seeing enough new films or reading enough new books or listening to enough new albums to make it worthwhile—it can be fun to read reviews of older works, but not fun enough to create a whole blog around it unless there’s some sort of theme other than “what I’ve read/seen/listened to.” However, in the meantime I’m going to do a microreview roundup each month of all the books, films, and anything else old or new that I’ve consumed (for the first time). Sure this month is a little late, but there’s still plenty of time before I’ll need to write February’s entry.

If you’re interested in seeing what pop culture I’m looking at as it happens, you can follow me on Goodreads or take a look at my 2014 scrapbook. What have you read, watched, or listened to in the last month? Tell me about it! 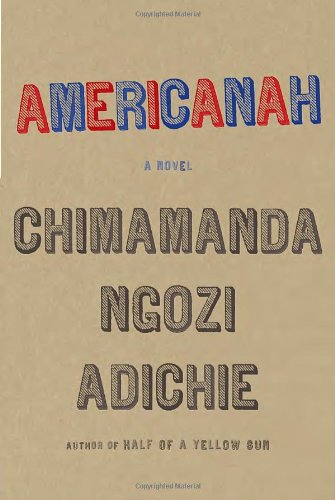 The Letters by Jack Kerouac and Allen Ginsberg (2012): A compilation of the correspondence between Kerouac and Ginsberg from 1944 to 1969, this book amazed me with the depth of the relationship between these two icons of the Beat generation. At times it is pretentious, of course, but in other instances there’s a rawness and sincerity that helps to explain the reason their writing still resonates so strongly.

While the Women are Sleeping by Javier Marías (1990): I’ve been wanting to read something by Marías for ages, but judging by the reviews on Goodreads for this collection, it’s not the one to choose as a first look at his work, and maybe that’s why I had trouble fully connecting with it. However, I did like the creepiness of the stories, whether it was due to a paranormal element or simply the weirdness of human nature.

A Farewell to Arms by Ernest Hemingway (1929): I see why Bradley Cooper’s character threw this novel out the window at the start of Silver Linings Playbook. While I enjoy Hemingway’s style so I liked the writing as much as I have in his other works, the unresolved nature of the plot, particularly the ending, made the book lack closure and feel almost unfinished.

Americanah, Chimamanda Ngozi Adichie (2013): Like a lot of people, I was introduced to Adichie’s work by Beyoncé’s ***Flawless, which samples one of her speeches. Americanah covers race, feminism, cultural and national identity, and does so through the wonderful character of Ifemelu. While some of the characters were somewhat one-dimensional, the protagonist was so compelling that I couldn’t set the book down.

END_OF_DOCUMENT_TOKEN_TO_BE_REPLACED

Episode 1: A Scandal in Belgravia

“When did we agree that?”
“We agreed yesterday.”
“I wasn’t even at home yesterday, I was in Dublin.”
“Well, it’s not my fault you weren’t listening.”
“Do you just carry on talking when I’m away?”
“I don’t know. How often are you away?”

Sherlock returns for series 2 with its protagonist in a bit of a rut. He searches for a case, dealing with a large number of people whose problems are, he believes, beneath his notice, due to the popularity of John’s blog. Soon the episode’s focus shifts to center around Irene Adler, “professionally known as The Woman” (clever!). It seems that Adler is in possession of certain documents and photographs that Sherlock’s client requests to be recovered. This sends Sherlock and John off on a case that involves people of power up to the highest levels, secrecy and perhaps even betrayal from all sides, and the return of the series’ supervillain.

Show creator Steven Moffat has gotten some (deserved) criticism with regard to his women characters (he’s also the current showrunner of Doctor Who, and has faced similar critique for that show), and in this episode that means Adler. Personally, I feel that Sherlock does somewhat less winning and less saving than he is given credit for, and I think that Irene’s sexuality/attraction has less of a role in her “downfall” than some do, but these aspects are still worth being aware of (this is an interesting article, and this blog is another view).

However, whether or not her treatment was positive or negative, Adler was a fascinating character, played with the perfect degree of snark and charm by Lara Pulver. She is just as clever as Sir Arthur Conan Doyle’s original character, with a modern update that is fitting for her role. The focus of this episode is on the relationship between Adler and Sherlock, with some of the other characters—even John—taking somewhat of a backseat, but it works well for the episode. No matter who is the ultimate winner of their game of wits, she proves a more than respectable match for his genius.

As always, I love the little details that tie the series back to Doyle’s canon: I mention “The Woman” before, but the deerstalker hat that Sherlock complains about being photographed in is also a nice touch. The cinematography was also particularly good, whether it was the shadowy, silhouetted figure of Sherlock smoking or the dreamlike sequence where Sherlock falls from a field into a bed. Overall, despite its flaws it was a strong storyline with a lot of tension.

Episode 2: The Hounds of Baskerville

“It’s this or Cluedo.”
“No, we are never playing that again.”
“Why not?”
“Because it’s not actually possible for the victim to have done it, Sherlock, that’s why.”
“Well, it’s the only possible solution.”
“It’s in the rules.”
“Well, then the rules are wrong.” 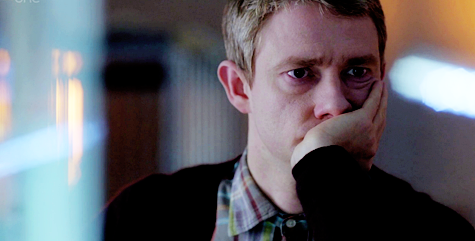 The original “Hound of the Baskervilles” story was less of a mystery than the BBC’s modernized adaptation. I don’t mean that the final answer was so simple to deduce, but that you didn’t have to be, well, Sherlock Holmes to figure out that there wasn’t actually a large, unearthly dog on the premises. “The Hounds of Baskerville” is more difficult, due to the horror element added to turn it into a thrilling, twisting and turning episode. It begins when Henry Knight (Being Human‘s Russell Tovey, who has apparently cornered the market on British television involving large canines) comes to them with a report of a gigantic hound at the Baskerville testing site.

Sherlock and John head to Dartmoor to investigate, discovering that the location is used for various experiments, some of them including animals or chemicals. Although John is incredulous at first, and Sherlock predictably even more so, they soon get caught up in the mystery themselves when, at night, John is separated from Knight and Sherlock and he sees the hound. Sherlock, too, has an encounter with the beast, although he claims to see nothing.

The episode strays far from the original story, but the way it has been modernized is very effective in creating the horror movie feel. Sherlock is at his worst this week, his arrogance over the top enough that even John calls him out on it, but it provides an interesting contrast to the fear he feels (and tries to smother), and his interactions with John range from the caring to the heartless in all their extremes. Plot-wise, the climax of the story is well-developed, with clues throughout the episode leading up to the big reveal.

Tiny details: Sherlock’s cocaine addiction from the stories has been replaced with a smoking habit, and cigarettes are apparently “7 percent” more effective to him than tea. He also tries to convince John to give him some by offering the next week’s lottery numbers.

“Nobody could be that clever.”
“You could.”

Alright, I’ve got to put this under a “read more” link because there’s no way I can talk about this episode without some major spoilers.