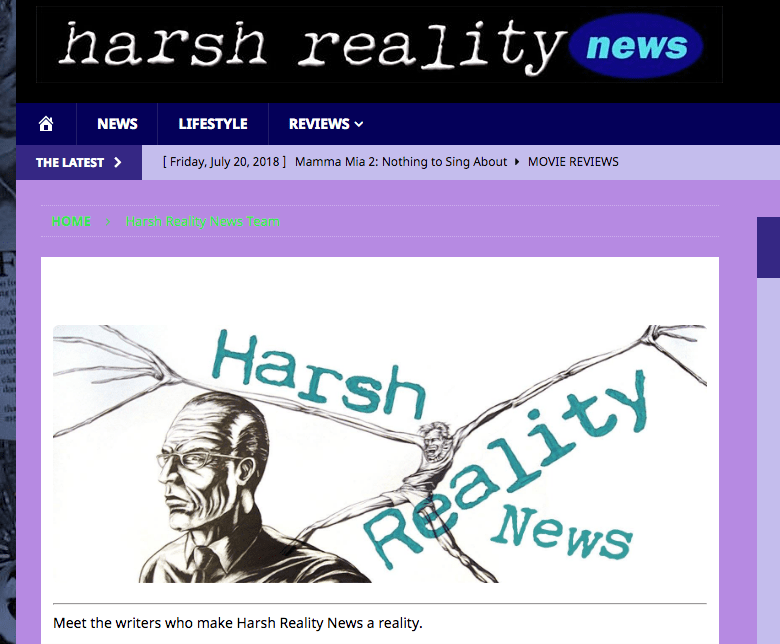 I always knew I wanted to be a writer, and I guess I was smart enough as a kid to realise that most fiction writers don’t immediately publish a bestselling novel and turn that into their day job, so I decided I wanted to be a journalist. Linda Ellerbee was my main inspiration for this, between her incredible educational news show Nick News and her Girl Reporter young adult book series.

I stopped wanting to be a journalist sometime in college. Although I loved my classes and my peers, and certain aspects of journalism like copyediting and researching are definitely right up my alley, and I do love the deadline-oriented nature of the job, I just couldn’t see myself doing it as a career. Sometimes I question that, especially when I look at the amazing work some fellow alums are doing, but for the most part I have no desire to step into a newsroom.

Still, I consider both Ellerbee’s work and my time at Ithaca College to have had a huge influence on shaping my life, but between them was something that was even more important: Reality.

For those who aren’t from the Bucks County area, Reality is a weekly section in the local newspaper written by a panel of high school students. It covers everything from school to pop culture to politics, with both lighthearted and more serious takes. Helmed by editor Andy Vineberg (following editor Carol Robidoux) and designer Tom Raski, Reality gave aspiring newshounds a chance to push journalistic boundaries beyond what our heavily-moderated, often-censored school newspapers allowed.

I applied to Reality when I was a freshman and didn’t make it onto the team (I was devastated), but I was accepted in sophomore year and by senior year I was even one of the columnists (it was called ‘Mateer of Fact,’ Andy’s play on the way people tend to mispronounce my surname to rhyme with ‘matter’). Every Wednesday we met to pitch and discuss stories, talk about current events, and eat pizza. Andy and Raski treated us as the students we were, imparting their professional wisdom and giving us guidance on our articles, but they also treated us as journalists, expecting high standards and well-sourced pieces.

When I went to college, I continued to read Reality on the Courier Times’ website, and I always looked forward to see what the current panelists had to say. I also had the one celebrity moment of my life, when another student who came from my area recognised me as having written for Reality and told me her father had cut out my articles for her because we were going to the same college. Over the years, I haven’t kept up with Reality as closely as I used to, but I still read an article here and there when it shows up on my Facebook feed.

Last year, I was disappointed to hear that Raski was no longer employed by the Courier Times. Reality was always known for its creative and inventive covers, whether illustrated or art directed by Raski, and without his work they would surely not be as memorable. Then, last week, Andy announced that he had been laid-off by the Courier as well. Apparently Reality is still going to continue in some form, but without these two in charge, I think I speak for all former panelists when I say it won’t be the same.

I hope, for the sake of bright-eyed, school-aged aspiring reporters like I was, that Reality’s future iteration will still be a place they can explore their journalistic dreams, but in the meantime, I’m turning to a new website started by Reality alum Padraic Mahoney, Raski, and Carol Robidoux. Harsh Reality News is a place for former panelists to write about all the things we used to write about for Reality, just from POVs a little more wise or a little more jaded, depending on how you want to view it.

I’ve written a few pieces for Harsh Reality so far, and I’m definitely going to write more. If you’re from Bucks County and you enjoyed Reality, check it out. If you’ve never heard of Reality, give it a look. And if you used to write for Reality, get involved. Hopefully some day we can all get together and eat a pickle pizza.