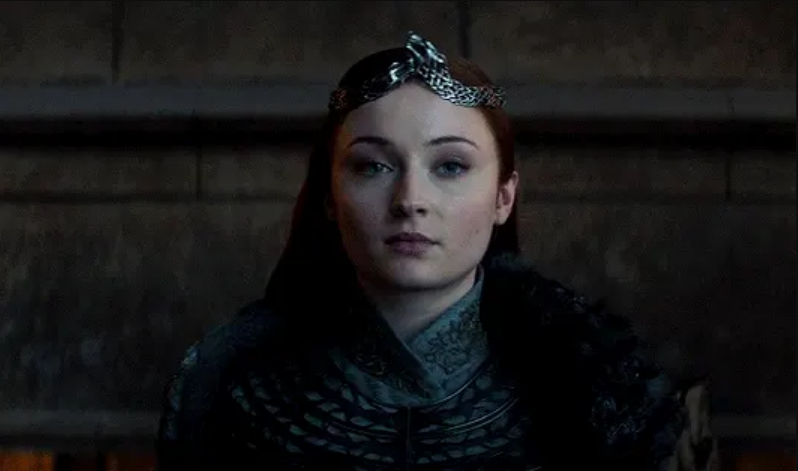 If you haven’t been living under a (Casterly) rock you know that the final season of Game of Thrones was… divisive isn’t quite the right word, unless it refers to the divide between the showrunners and good storytelling. While we may see more of Westeros if George R. R. Martin ever finishes the series, for now its watch has ended and most of us who have followed it for so many years are reflecting on it.

I certainly have a lot of criticisms about the series finale, the final season, and the show (and book series) as a whole, but there’s one moment in the last episode that completes a storyline I have cared so deeply about throughout, and it’s the one I keep coming back to when I think about Game of Thrones’ place in the canon of fantasy. Spoilers for all of Game of Thrones from here on out:

In one of the closing moments of the final episode, Sansa returns to Winterfell to be crowned Queen in the North, ruling over a kingdom for whom she has forever claimed independence. Many viewers were frustrated that Sansa was passed over for the Iron Throne, but I saw it as a gift for her. As Queen of the Six/Seven Kingdoms, she would always be a cog in the wheel; securing freedom for her homeland in turn gave her freedom herself, unburdened by those who had previously held her down.

The visual itself is striking as well. Throughout the series, Sansa has adopted the look of those who hold the power in her life, especially in her hairstyles, from Cersei’s elaborate updos, to Margaery Tyrell’s half-up half-down styles, even to Daenerys’ bold braids. However, at her coronation her hair is simple, loose, and straight. She doesn’t have to pretend anymore.

Writer Anthony Oliviera also discusses that the style is likely a reference to Queen Elizabeth I’s coronation, in which the look represented purity in defiance of detractors who claimed abuse in her past would make her an unfit queen. An unmarried, redheaded, female ruler who survived the abuses of others and the masculine pursuit of power to become a leader and earn respect with grace? Sounds familiar.

When I say the “masculine” pursuit of power, I don’t simply mean the pursuit of power by men, because obviously two of the main players in the game of thrones were Cersei and Daenerys, but that traditionally masculine traits were valued throughout the series. Fantasy, and particularly high fantasy, often tends to adhere to traditional gender roles, where the women are soft, nurturing, objects of desire or motherhood, the men are rough and aggressive leaders and warriors, and the “strong” female characters are those who disavow femininity in favour of fighting, a sort of medieval “not like other girls” mentality.

Let me be clear: this is not a complaint about those types of strong female characters. Game of Thrones itself has several (Arya Stark, Brienne of Tarth), and they’re incredible. Nor is it saying that certain traits are masculine or feminine; in the real world we know it doesn’t work like that, but the fantasy world has the tendency to be a bit more dichotomous. So it’s nice when a story recognises that there is more than one type of strength and offers female characters with mental and emotional strength, and Sansa Stark has both in spades. Her character progression offers a departure from the standard “strong female character” in fantasy. She doesn’t learn to fight except with her disposition, and strength isn’t one of physicality but of fortitude.

It’s true that Sansa’s story and leadership experience could have made her a worthy candidate to be the subject of Tyrion’s impassioned speech in the finale about who should rule the Seven Kingdoms. Instead, she had the opportunity to take control of her own destiny and assure independence for herself and for Winterfell, and she did so without force or swords. Although one of the worst moments of the final season came when she stated that she would still be a little bird had it not been for the sexual assault and torment she endured—as though her strength came from her captors rather than from within and justified her treatment—in reality, she is still a bird, but one who through her own autonomy, became unafraid to spread her wings.