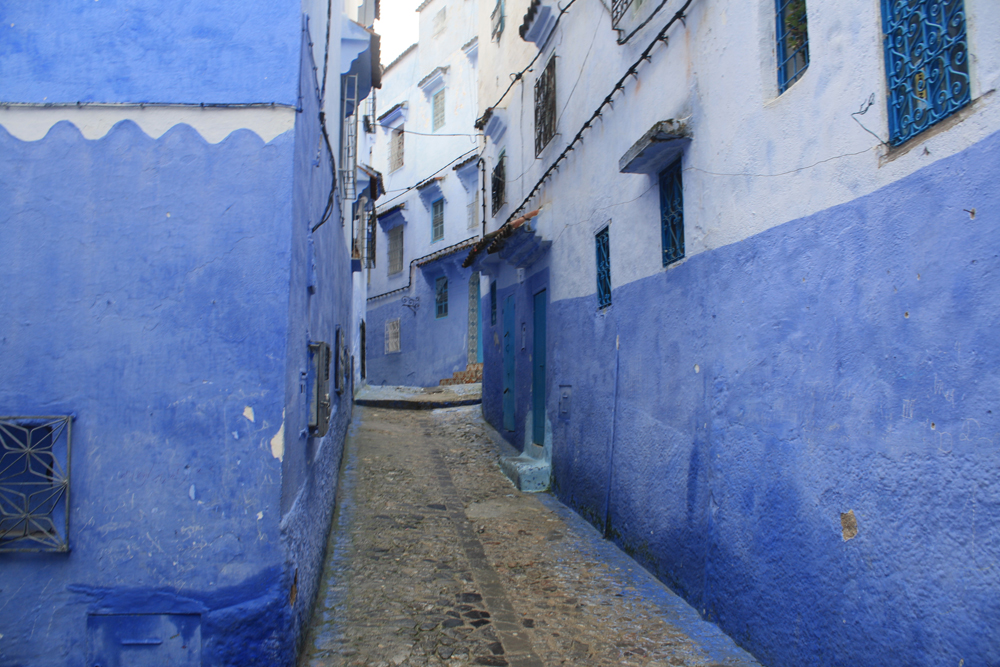 I recently read a list of tips for travel bloggers and some of them really stood out to me. I don’t mean tips like “take a lot of photos” (duh); I mean concepts like “don’t romanticize or idealize the culture you are visiting” and “remember that the city is not there for you.” I think it’s something a lot of us forget, that our vacation spots aren’t putting on a show for our benefit. We’re on vacation, but for most of the people we’re visiting, this is their daily life. At the same time, just because we’re viewing someone’s daily life doesn’t mean we are going to come back experts on whatever country we’ve visited. It’s definitely something I thought a lot about when I was writing my post on history in Germany and Prague, and it’s something I thought about more this past weekend, which I spent on a trip to Morocco.

So often, tourists want to get off the beaten path, see the “real” location they are visiting. In cities like Chefchaouen, where a majority of the residents work in tourism of some sort, the “real” Chefchaouen and the Chefchaouen that tourists see mesh and blend in some ways. At the same time, there are aspects of every culture that are simply inaccessible to people who are not a part of it. Sometimes these barriers are literal—Morocco’s population is 98% Muslim, and mosques often aren’t open to non-Muslims—and sometimes they are figurative. Imagine a tourist coming to your city and asking to see the “real” [insert your city name here]. You would try to show them the best your city had to offer, wouldn’t you? Whether or not it was popular and touristy or “off the beaten path.” It means that someone who isn’t intimately acquainted with a place probably can’t get a look at the “realness” of it, especially not in just a weekend.

But it doesn’t stop us from trying.

Anyway, even though on the scale of touristy-ness, my trip to Morocco was definitely on the extra-touristy side, I had a great time. The guides from DiscoverSevilla were awesome (they basically became our mothers for the duration of the trip, handing out motion sickness medication and snacks and entertaining us on the long bus rides), and the locations we saw (Chefchaouen, Tétouan, and Tangier) were beautiful (despite some bad weather) and very interesting. We visited markets and a Berber pharmacy—Moroccan spices!—rode camels and walked through cities. I was a little worried that the ferry wasn’t going to leave on Friday because it was quite windy, but it did and we made it to Morocco! We went on a quick camel ride above a beach and then headed to the Cave of Hercules to watch the sunset. Then it was to the hotel for dinner and rest. Because Morocco is two hours behind Spain we went to bed early so we could get up at 7am (9am Spain time).

Then it was off to Chefchaouen. Although it was raining, that didn’t stop us from walking up to the top of the city, past all of the blue and white houses for which the city is famous. Then it was time for shopping! This was definitely a new experience because here, people bargain for everything. If someone tells you the price is 200 dirham (about 20 euro), offer 50, then counter their 180 with 75, and so on, until you reach a price you can both agree on (or until you walk away). Unsurprisingly, I wasn’t very good at it—I’m sure some people got much better deals than me that day. Still, it was as much fun as anything! The next morning we went to Tétouan and were taken on a tour through the Medina before getting a demonstration of some of the uses of various plants and spices at a Berber pharmacy. Then it was back to Tanger to catch the ferry before a loooong wait at customs and a bus ride back to Sevilla.

This is the last time I’ll be leaving Spain this semester; the next time I’m out of the country will be on a plane back to the United States (in exactly a month). There are still many places that I am hoping to visit in this part of the world at some point in the future: I was hoping to make it to the D-Day landing beaches in Normandy this spring, which didn’t happen, nor did I manage to find the time to see Portugal despite its proximity to Spain. Then there are the places I hadn’t thought much about before coming here, like Istanbul, which many of the Europeans I’ve talked to here in several different countries have said is their favourite city. I’m hoping to have the chance to return to Europe (and Africa! as this post is about Morocco) in the future, but I am definitely going to make the most of my last month in Spain—like with a trip to Barcelona this weekend with my mom and aunt who are coming to visit!

Also, I just wanted to put a couple of links to other stuff I’ve been up to lately: