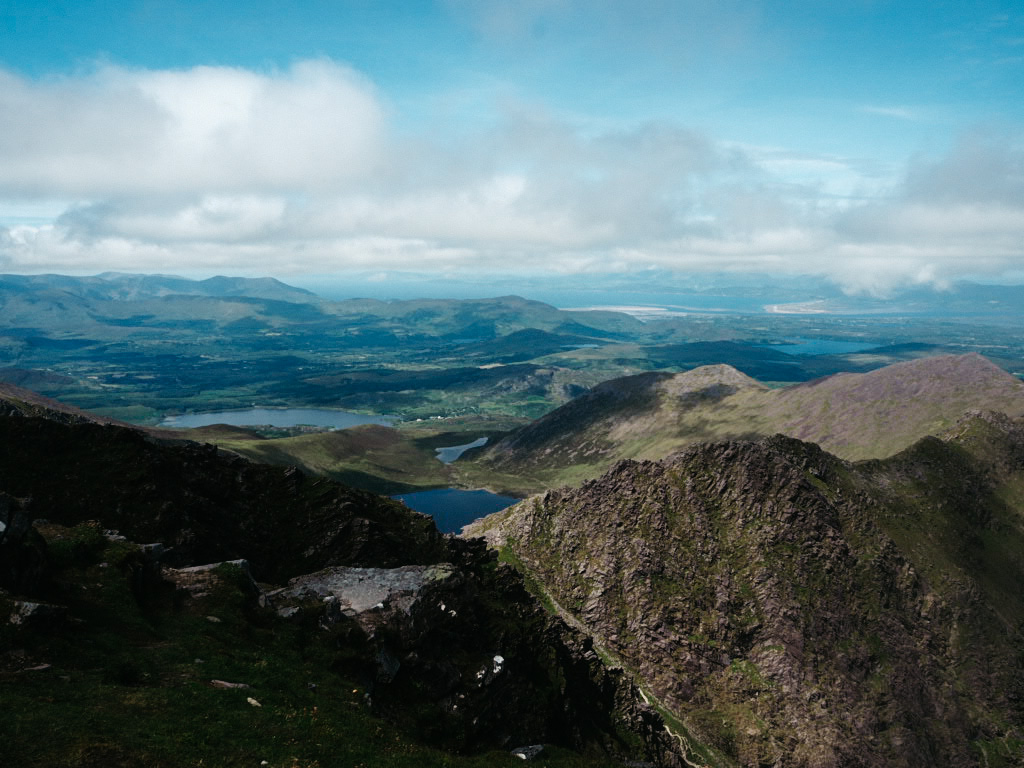 Earlier this week I wrote about three routes I’ve recently hiked in and around Killarney, but there’s a fourth I trekked this week, taking advantage of a weekend of gorgeous weather. Carrauntoohil is the highest mountain in Ireland, and although it’s not particularly impressive compared to the highest mountains in most countries (only 1038m/3047f, not even as tall as the last “top of a country” I’ve visited), it was still a fantastic adventure. 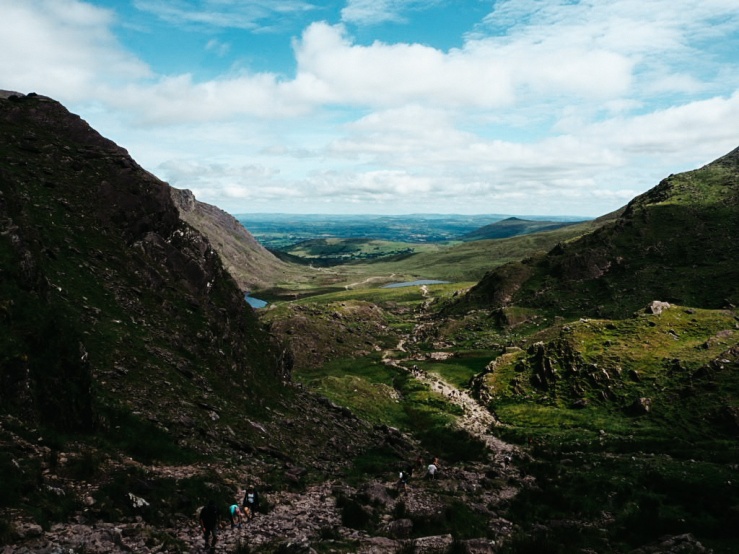 Carrauntoohil is part of the MacGillicuddy Reeks range, and over a hundred thousand visitors climb it every year. It can be ascended from a number of directions and routes, ranging from moderately-strenuous hikes to paths requiring expert mountaineering and rock climbing skills. If you’re taking one of the more difficult routes, there are plenty of companies ready to guide you, but if you’re a moderately-experienced hiker, the most common routes are definitely able to be done on your own, as we did. 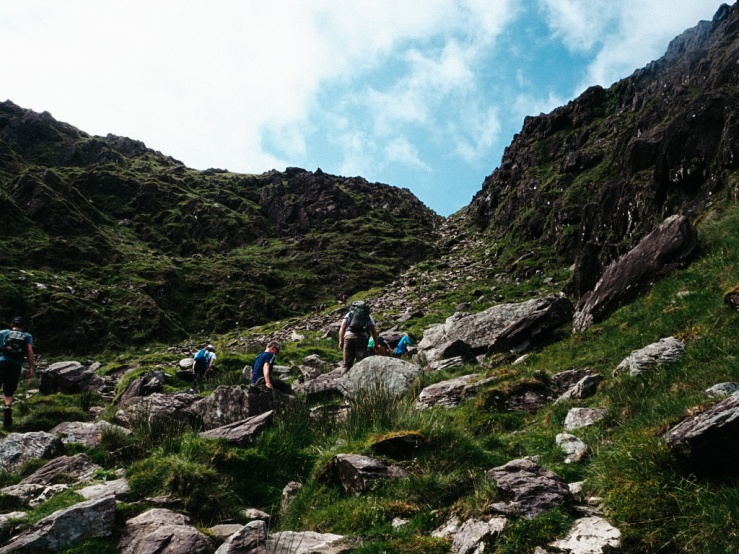 We weren’t sure what the weather was going to be like as the forecast called for overcast skies. We debated whether we should chance it after going up Mangerton the previous week and seeing nothing but grey clouds, but decided we’d be kicking ourselves if we didn’t hike up and the skies ended up being clear. Worst came to worst, we’d have to keep a lookout for better weather to go up again in the future. It’s good that we did, because we couldn’t have had a more perfect day! 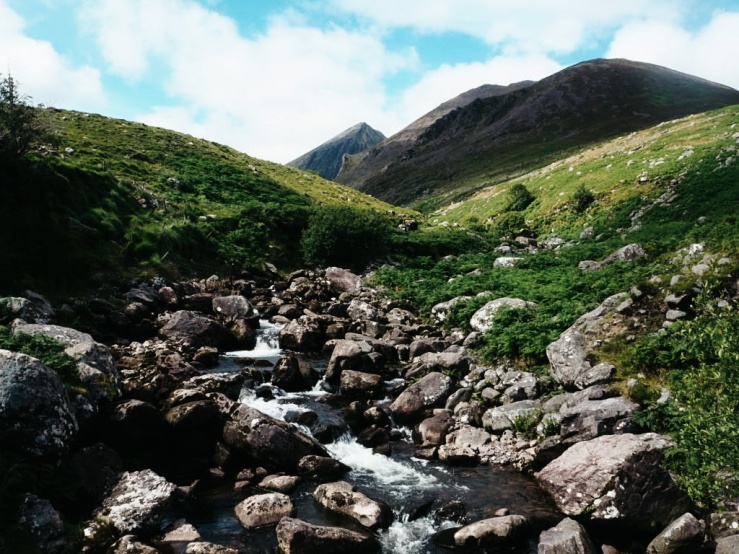 We arrived at Cronin’s Yard, the Carrauntoohil trailhead, just before 11am and started off on a leisurely walk that reminded me a lot of the Hooker Valley Track in New Zealand. We were surrounded by beautiful lakes, rocky outcroppings, and farm fields with plenty of sheep. After half an hour, we reached the base of the mountain. We decided to go up the Devil’s Ladder, a scrambly path filled with scree. While it does require some maneuvering due to the loose rocks, it’s accessible to all ages (we saw plenty of children and several old farmers on their ways up and down). 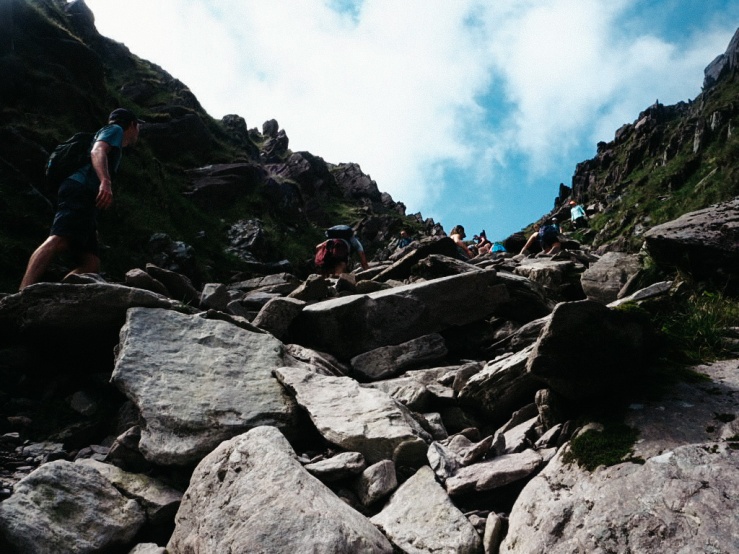 When you reach the top of the Devil’s Ladder, you get your first views across to the other side of the mountain, where you can see all the way to the ocean on a good day. And we had a very good day. Turn right and ascend to the summit along another scree-filled (but much less steep) path. In total, it took us only two hours to reach the top, and overall it was much easier than I expected. Still, Steve and I are experienced hikers, so while you should definitely be capable if you’re moderately fit, you’ll want to budget more time if you’re not an avid tramper. 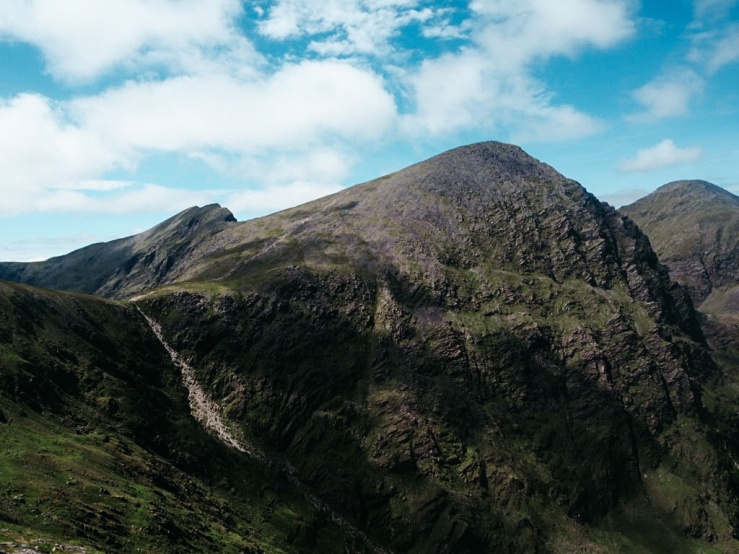 We spent about half an hour at the top of Carrauntoohil, wandering around to get 360 views across all of Kerry. We met a Polish man who was clearly a fan of the mountain, as he told us about several other paths he had taken to the top in the past—I think next time we go up we’ll take his advice and try the more difficult Caher route. There were plenty of folks at the top, taking photos with the large metal cross erected there. After we ate lunch, we began our descent. 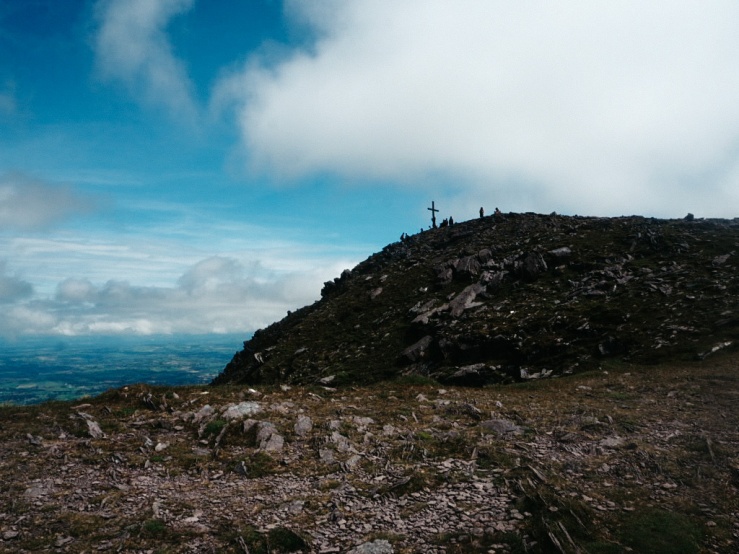 Going back down the summit trail was harder than going up because of the scree, but we picked our way down and then, rather than descending the Devil’s Ladder, decided to walk along the ridge a bit and go down a different route. Bothar na Gige, or the Zig Zag, is a longer but less technical route that finishes up at the same place as the Ladder. We arrived back at Cronin’s Yard just before 3pm—altogether the hike took us 4.5 hours, with 4 of that being walking and 30 minutes for lunch. Again, if you’re slower or less experienced, or if you’re travelling with kids, factor in more time. 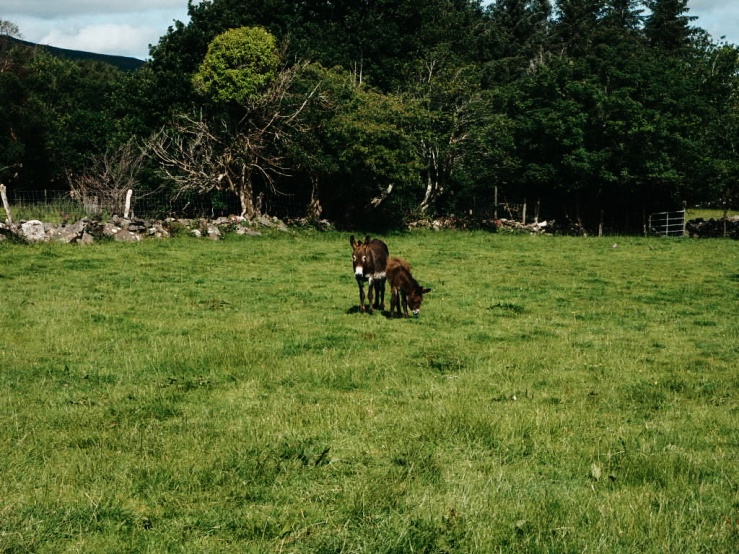 Overall, Carrauntoohil is definitely a hike you’ll want to wait for good weather to attempt, if only because you’ll want to be able to see the incredible views in all directions. However, it is a must-do for any hiking- and nature-loving visitor to Kerry. And the various trails mean that you can go up again and again and never get bored. I can’t wait to reach the top in the future via another route and look out across The Kingdom and the country once again.