Yesterday, a group from the r/Wellington subreddit got together to clean up trash on Petone beach, on the Lower Hutt side of Wellington harbour. We spent an hour and a half (some intrepid redditors spent closer to two hours!) picking up small bits of plastic, cigarette butts, and what might have been a Pepsi bottle full of pee—ew. 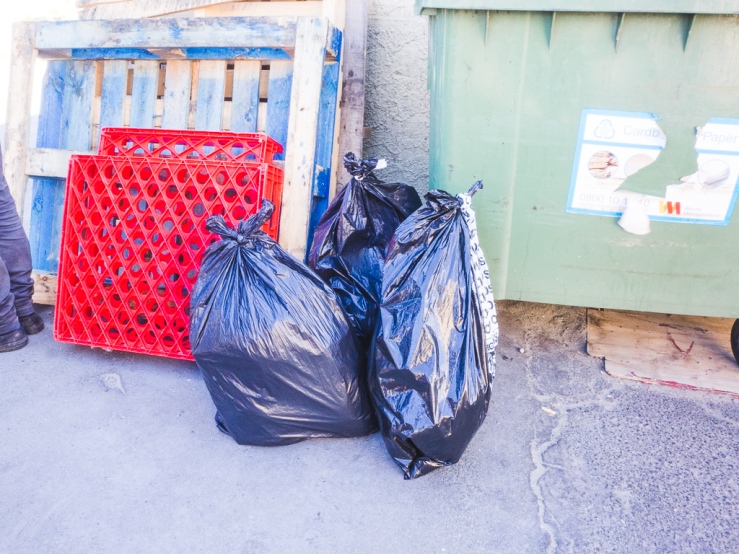 I organised the event, which was amazingly simple thanks to the great community in Wellington and particularly r/Wellington. There’s always someone keen to meet up to do anything that someone else is interested in, so all it took was a quick post to the page and 20+ people expressed their interest (we didn’t end up having quite that many people on the day, because life gets in the way, but there was still a group of about 12 of us ready to do our part).

The day before the cleanup, I visited Hutt City Council, who had offered to supply us with rubbish bags, rubber gloves, and a location to drop off the trash when we had finished. When I emailed them the week before, they replied in less than 10 minutes. It’s good to note for anyone else who might be interested in organising a future beach cleanup or community service event; the local government is usually thrilled to support volunteers. 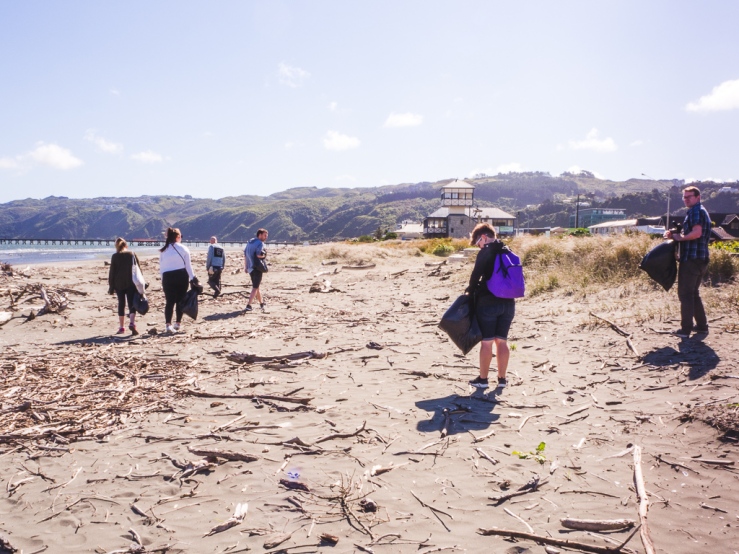 After the cleanup, we decamped to Seashore Cabaret, a whimsical café on the water with delicious food and lovely, if windy, balcony seating. Chats were had, friends were made or caught up with, and I think we all felt pleased with our result. The r/Wellington community has a huge number and variety of meetups, and I think we’re all hoping that more community service-related events will occur in the future.

Before yesterday, I hadn’t volunteered in a long time. I’m a little embarrassed to admit this because community service used to be a huge part of my life. I still try to do good in other ways, giving money and items to organisations I support, voting and attending events like the Women’s March, but it’s been a while since I’ve given my time directly to a good cause. 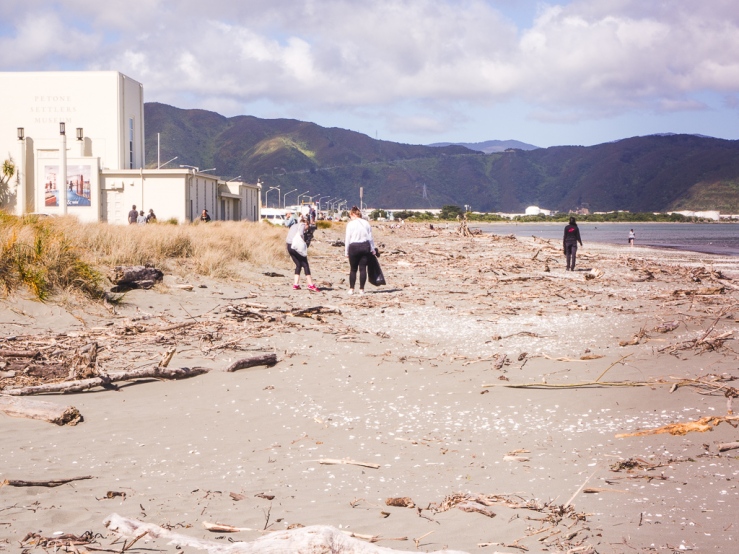 It’s one of the things that’s difficult about moving around a lot; many of the projects and causes I’m interested in expect a long-term commitment that I just can’t give. This is totally fair—for example, I would love to volunteer with an organisation that supports sexual assault survivors or female refugees, but understandably they don’t benefit much from someone who only drops in occasionally.

At some point I definitely want to get back into doing the level of community service I used to, and I know to an extent I’m just making excuses about why I don’t, but in the meantime, I’m happy to have done something, however small, to give back to the amazing city where I’ve lived for the last year.