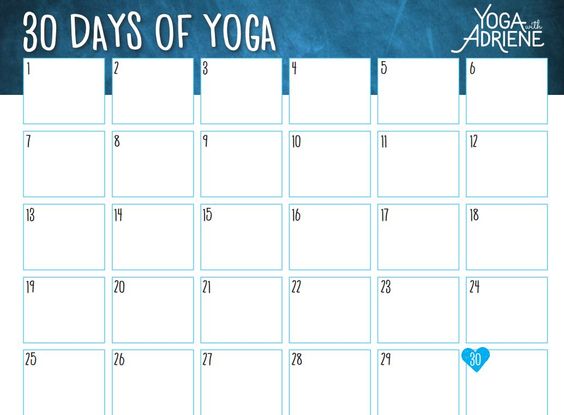 When I was a kid, I found a yoga VHS in the house and gave it a few goes before I got bored of holding a single pose for five minutes. I’m fidgety now—I can only imagine it felt like an eternity of stillness back then. When I was a teenager, I had a set of “yoga cards,” cardboard squares with yoga poses and mantras that were, I suppose, designed to guide your practice. I carried them through several moves, always intending to use them and never quite getting around to it. When I was in college, I took a yoga class. It was at 8 or 9pm on a Sunday, which wasn’t the optimal time for a college student to feel motivated to do anything but lie in bed and watch reruns of The Office. I tried a few more times here and there, but always ended up writing off yoga as one just not for me.

That changed earlier this summer. When I couldn’t find an ATS bellydance class to pick up learning where I’d left off in Seattle, I signed up for the closest I could find to where I live (I’ve since found an ATS class so I’m happy to be taking that as well). This ended up being a fusion class with a strong yoga focus, so at first I was wary. Then, it began to click.

I still didn’t enjoy doing yoga for its own sake (yet), but I began to understand how the focus on flexibility, opening up joints, and strengthening muscles could translate into more powerful bellydancing. Every time I struggled into a slight backbend, I was making my body wave chewier and more dynamic. Every time I dropped from plank to the floor and into cobra (and, as time went on from plank to chaturanga to upward-facing dog), I was strengthening my core for better isolations.

I decided I needed to do yoga more than the once a week in class to really feel the difference, so I asked some friends for recommendations of youtube videos, and that’s when I found Yoga With Adriene. I jumped nearly straight into her “30 Days of Yoga” series, and that’s when things really began to fall in place. Aspects of yoga that had always disinterested me finally began to seem fun and important as I modulated my breathing and let the day slip away. Eight days into the series (as I noted in my bullet journal), I felt savasana. The “corpse pose” had always been a sticking point for me in that college yoga class—why would I lie on the cold gym floor when I could go home and lie in bed? I finally began to appreciate the way it tied together a practice to transition peacefully back into your day.

Not only did I begin to enjoy doing the poses, I began to notice improvements. Today I finished the 30 Days series with a deeper forward fold, lower heels in downward dog, and, again, a smoother vinyasa from plank to chaturanga to upward-facing dog. My attitude toward yoga has changed too. I’ve stopped checking the clock and started checking on my breath, started focusing on my body instead of every external distraction I could find. My yoga journey is just beginning, but it’s one I feel inspired and confident to continue for months, years, and perhaps even a lifetime. Namaste.

1 thought on “Finding What Feels Good or: How I Learned to Stop Fidgeting and Love Yoga”